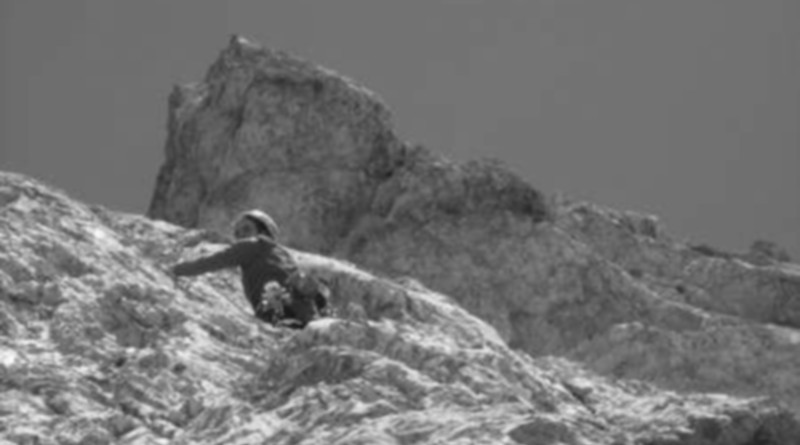 Sometime ago an old american friend reached out to my friend Filippo for some recommendations and information on what to do in the Dolomites, climbing-wise. He was looking for classic moderate routes, and Filippo suggested I prepared something, like a list of climbs I have done in the past, for this person. The three emails below are what I came up with. The second email makes reference to a “list” that this person compiled. There is no need to include the list because in the email I always mention the name of the routes I thought were worth mentioning. I kept the text in English because it’s understandable, it may help a larger audience (not just Italians), and because at this point in time my written English is probably better than my Italian (which is scary…).

Anyway, have fun, and I hope you guys are climbing more than I do!

(…) The Dolomites, especially the area you’ve chosen, are beautiful but not exactly wild. You can easily go on a classic 20 pitches route, top out midafternoon to find a crowd sipping wine and eating prosciutto at the top so… good fun, but not as wild as you may be used to in the Sierras.

Anyway, there are a number of classics moderate climbs around Cortina. Most of them are considered trad but are also well equipped with old pegs. This is normal since Friends and Nuts are a bit more difficult to use here (and much less reliable in the event of a fall) than on your regular granite crack.

If by “moderate” you mean anything between 5.6 to 5.10ish here some routes I climbed in the past that are well worth your time:

If you need time to get used to the rock and type of equipment you’ll find in the walls (and I would encourage you to do so), you should go to the area called Cinque Torri (Five Towers). There you’ll find a number of short climbs that are perfect to get acclimated to Dolomite climbing. One route I did there that is nice is called Miriam.

Another easier (and shorter) route is the Alverà at the Monte Averau, and the Dallago at the Monte Gusela, both walls not far from the Cinque Torri.

Have a look and please let me know if I missed the target.

For all these routes you don’t need big packs. You basically drive close to the start, walk max 1 hr 1/2 (the Punta Fiames approach is a bit longer but nothing crazy), then you walk down once you finished your route. Dolomites typically suffer from bad weather so you wanna start in the early morning and be back drinking wine in town by midafternoon. In your pack you definitely want some waterproof jacket, and something warm, in case the temperature drops. Be sure that you check the local weather forecasts because thunderstorms are frequent and strong. If you get caught in one of those thunderstorms you may also need a rosary…

As I said, please let me know if I missed the target and I may be able to suggest something different.

(…) Anyway, I cannot see the routes you picked on the Pala dele Masenade but if you have one day only and wanna have fun, do the Decima at the Pala. It is a moderate superclassic (V-) and it is a brilliant climb. The only downside is that it does not reach a summit, rather it ends on a large ledge. No worries though, the area is beautiful and the climb brilliant. Just make sure you do it with stable weather (no thunderstorms) as the water of the whole mountain ends up funneled on the route. So, no good with bad weather.

On the Tre Cime I recommend the south arete of the Piccola (Spigolo Comici or  Spigolo Giallo), fun and and not too sustained. Don’t get discouraged by the first two pitches (especially the second), and by how polished they are, the quality gets much better after the end of pitch #2.

The Comici at the Grande is a great climb, highly recommended. If you do it and have not struggled (descent included) I would suggest you take a trip to the Bosconero and do the spigolo NW (Spigolo Strobel). The area is GORGEOUS, the climb brilliant but you need two days unless you are Superman. I saw it on your list so I figure I should mention it.

Around Cortina I would recommend any climb on the Tofana (again, keep an eye on the weather, on the South is often foggy as the clouds tend to stick to this wall) and on the Punta Fiames (Spigolo South, or Jori).

I wouldn’t go to the Lagazuoi area or Cinque Torri unless the weather is iffy or if you want to get a costumed to the rock/soft pitons hammering thing we like doing in the Dolos. I would recommend though the Alverà Spigolo (south) at the Col dei Bos, also for the awesome descent.

On the “other areas” lists the Tissi Route at the Torre Venezia, that is a great climb, as the Grande Micheluzzi at the Piz Ciavazes. Both of them have a very characteristic long traverse.
The Messner on the second Sella tower is a bit run-out, probably it is the hardest of the one I know that you picked.

I never been in the Cima Della Madonna but I know that the Spigolo del Velo is a beloved superclassic.

This is all I can say. I am sorry if I have been jumping left and right but I am in a airport writing on a IPad (hence the probably bad spelling….).

Anyway, let me know if you have questions or if I confused you even more 🙂

(….) Yes, we do carry approach shoes for the descent. Consider that of the climbs I suggested, only the Cima Grande has a somewhat “complicated” descent (multiple rappels, class 5 scramble, traverses on pure dolomite crumbing ledges etc.), but it’s never really hard unless there’s fog. The most beautiful descent is the one from the Col dei Bos…I would recommend you doing the Spigolo Sud just because of the beauty of the descent.

The difference in times (*) you see is because in the Dolos you have fixed gear (old pins mainly) and it happens that sometimes you don’t have to (or can, for that matter) put down any extra gear…which also means that falling is out of the question most of the times. Also, the lines here are classic for that grade, i.e. it is often obvious where you have to go (follow the easy).
If you are used to follow granite cracks at the beginning you’ll find yourself lost (both literally and figuratively) because the line may not be evident to you. The rule is that if the route was set prior to 1945 than the first setters followed the easy path, lots of zigzagging but mainly fluid climbing.

Huts a very similar than the one you have experienced. The private ones are typically found by a road and are closer to being hotels. The one owned by the CAI (Club Alpino Italiano, Italian Alpine Club) are more spartan, much more charming, and are usually found away from roads.

* the question here was on expected climbing time for the length of the route. Dolomite routes can apparently be climbed faster than equivalents by grade/ length in Yosemite. Sounds like Italian climbers chit-chat less then their American peers….go figure.